OnePlus 9 series leaks and rumours started popping up earlier this month, just days after the current flagship 8T was released. While there is still a lot of speculation going around regarding the upcoming phones from the series, 91mobiles has now got our hands on the exclusive CAD render of the OnePlus 9. The render reveals some crucial details regarding the phone’s design, including the left-aligned hole-punch design similar to OnePlus 8T and a triple camera setup at the back with LED flash support. Notably, the CAD render gives us our first look at the OnePlus 9. 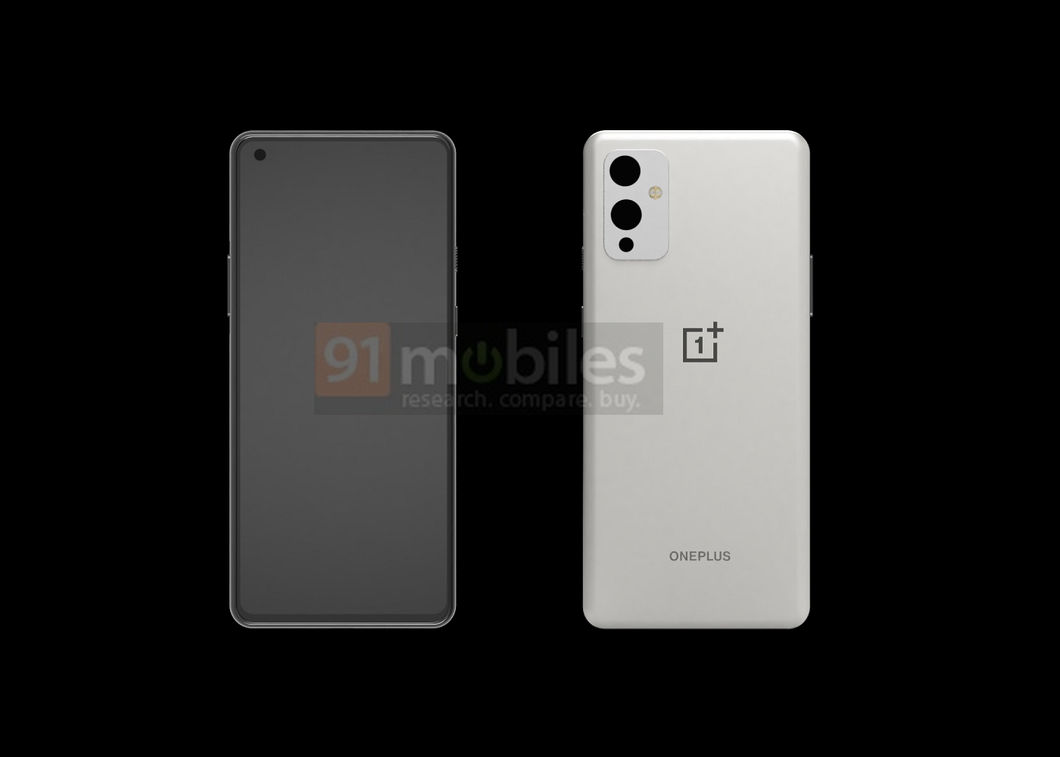 As per our source, the OnePlus 9 will feature a larger display than the OnePlus 8T, which packed a 6.55-inch panel. Interestingly, the OnePlus 9 is said to feature a flat display panel, unlike the OnePlus 8, which has a curved display on the sides. Also, contrary to earlier reports that the phone will offer a 144Hz refresh rate display, our source has confirmed that the phone will instead offer a 120Hz panel. The OnePlus 9 is said to come with a curved back panel, and a rectangular camera module is present on the top left side with three camera sensors in a vertical array. Two of the three camera sensors will be larger in size than the third sensor and will be flanked by the LED flash.

While an earlier report suggested that the OnePlus 9 series will feature three models, recently a tipster suggested that the lineup will instead come with two models. The latter also leaked the alleged model numbers of the OnePlus 9 (LE2110, LE2117, and LE2119) and OnePlus 9 Pro (LE2120 and LE2127). The upcoming series from OnePlus has been tipped to launch by mid-March next year.

If we go by the earlier leaks, the OnePlus 9 series will be powered by the 5nm Snapdragon 875 SoC, which is expected to be unveiled in December. You can expect 65W faster-charging support and Android 11-based OxygenOS out of the box.

USB Webcams Out Of Stock? Make One With A Raspberry Pi And HQ Camera Module

The Cinematography of Fargo Season 4

How to Stop Windows 10 Updates

Why Android apps on Windows will be an uphill battle

Cloud computing in the real world: The challenges and opportunities of...

iPhone battery bad? Here are three of the biggest iOS 14.2...

How to Stop Windows 10 Updates

Why Android apps on Windows will be an uphill battle