In an adorable video which has surfaced on the internet, two dogs can be seen dressed in a suit, leaving the netizens in complete awe. Uploaded on Instagram handle, ‘tuckerbydzyn’, the video shows the two brothers sitting in front of the camera and posing for it. The video was captioned as, ‘Here come the men in bork ‘.

The small clip begins with the camera tilting upwards as it takes a shot of both the golden retrievers posing while wearing a suit. Both of them are also wearing fancy black sunglasses, adding on to their look.  Will Smith’s ‘Men in Black’ is playing in the background. Towards the end of the video, the camera takes a zoomed shot, focussing on their black suits and serious expressions.

Uploaded on November 14, the video has managed to gather 2.3 million views with 228,192 likes. On seeing the doggos’ deadly looks, netizens bombarded the comment section. “I WOULD LOVE TO HIRE YOU FOR MY SECURITY SYSTEM ITS 200 TREATOS AN HOUR”, wrote an Instagram user, making a sarcastic remark. Another person wrote, “I can’t believe they don’t move! My lab would be like toodles bye in like a second”. 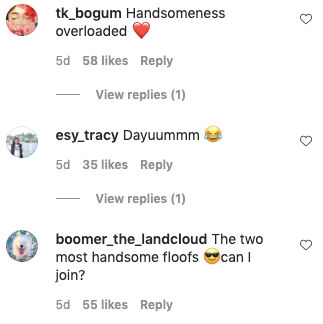 The Instagram page is known for its dog posts. It has a total of 2.8 million followers. Previously as well, the page has posted various videos of the dogs that caught netizen’s eye. A recent video shows the dog being blow dried as his hair flair up. The caption says, “Be careful ladies…am weapon of mass seduction”.

Read: ‘Protesting For Justice’: Dogs Around The Globe Stand Up Against Racism; See Pics

Get the latest entertainment news from India & around the world. Now follow your favourite television celebs and telly updates. Republic World is your one-stop destination for trending Bollywood news. Tune in today to stay updated with all the latest news and headlines from the world of entertainment.

Best camera for wildlife photography in 2020